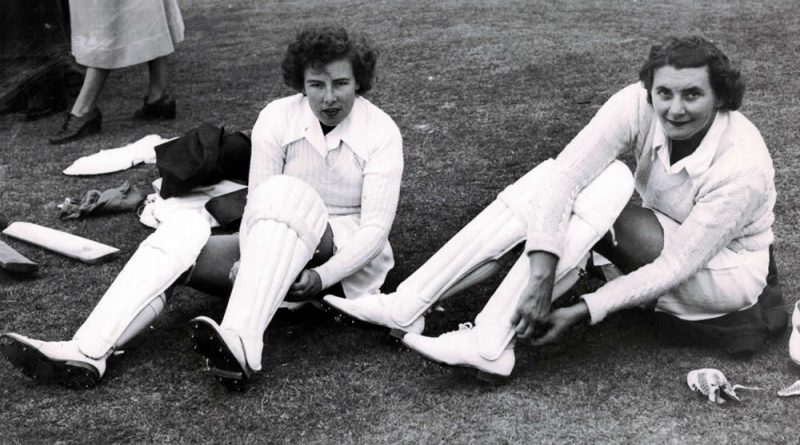 Joan Schmidt opened the batting for Australia between 1947/8 and 1951. She was also an excellent fielder, taking eight catches.

Born on January 24th 1920 in Maroona, Victoria, Joan’s First Class career commenced with Victoria in 1937/8 in a team packed with Test players: spin twins Peggy Antonio and Anne Palmer, Winnie George, Nell McLarty, Elsie Deane – some heady company there. Joan scored a duck and NSW, under Mollie Dive, trounced that Victoria team by an innings! (A few Test players in the NSW team too…)

Victoria got their own back in 1939/40 when they beat NSW in the final of the Australian Women’s Cricket Championships. Then came the War. Not another match until 1947 when Victoria repeated the dose.

In 1947/8 in the first Test after the War, Joan made her debut for Australia in a match against New Zealand at the Basin Reserve in Wellington. She scored just 13 runs in her only innings before Betty Wilson and Una Paisley destroyed the Kiwis with both bat and ball, Australia winning by an innings.

Joan played in all three Tests of the 1948/9 home series against England, and then on the return series in 1951, playing all three Tests. Her best Test innings was 42, where she top scored in Australia’s first innings at Worcester. While her batting numbers are modest, Joan’s other value to the team was her catching in both gully and slip, displaying acrobatics more akin to the modern game. Joan Schmidt passed away in March of 2003.