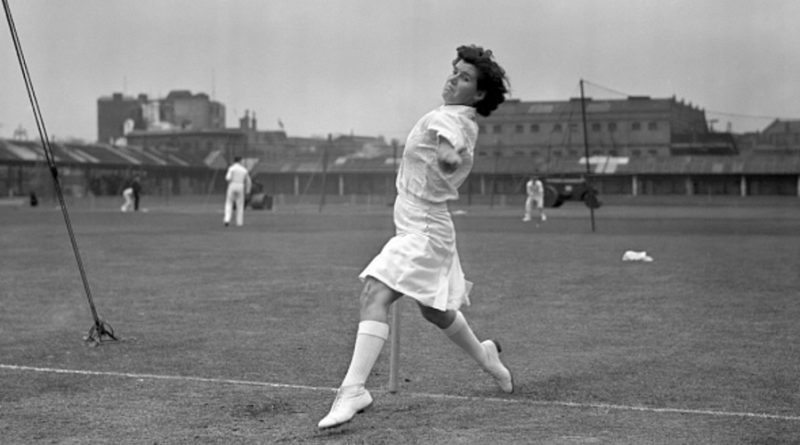 After her First Class debut for Victoria in 1937/8, it would be a decade before Wilson or any other cricketer would play again. By the time Wilson played her debut Test match against New Zealand in Wellington in 1947/8, she was primed. She scored 90 in Australia’s only innings, then 4-37 and 6-28, bagging ten wickets in her debut.

The Betty Wilson numbers make for incredible reading, from the perspective of any era. Just eleven Test matches from 1947/8 to 1957/8. She scored 862 runs at 57.46 with three centuries and three half centuries. She took 68 wickets at 11.80 with four 5 wicket hauls and two 10 wicket hauls. She also took ten catches. It was said that she was everywhere, whether batting, bowling or in the field.

Her presence never more so than the Test match they called, “the Betty Wilson Test”.

It was in 1957/8, England touring Australia after a ten year absence. The first Test was a complete washout and the second Test, at St Kilda Oval in Melbourne, lost the first day to rain. When Mary Duggan won the toss on the second day, she had no hesitation sending Australia in to bat on this waterlogged ground.

The ball turned savagely. Mary Duggan exploited the conditions to perfection. The Aussies fell like nine pins, all out for a record breaking, humiliating 38. The top score was Betty Wilson with 12. After all the years in the wilderness for the Aussie Test team, in front of a home town crowd they were crushed. Duggan was superb, taking more wickets than runs conceded, 7-6 runs from 14.5 overs.

However, the wicket was proving just as difficult to navigate for England.

The accomplished Cecelia Robinson fell for 1. Driscoll and Wilkinson soon followed, removed by Joyce Christ. Una Paisley then tossed the ball to her Victorian team mate Betty. The rest is history. Wilson was devastating. She cleaned up Birch, Sanders and Marshall and then top scorer, the captain Duggan, for the same score Wilson made, 12.

England still kept plugging away on what was clearly a difficult wicket, and at 7/35 were still a chance to overtake the Australian total and then add some more. Wilson had other ideas. She removed the last three in succession.

Not only had Australia returned the favour by humiliating England for 35, three runs short of the home team’s first innings, but something else happened.

“We were halfway off the ground, you see, we were killing ourselves laughing, we were out for 38 and they were out for 35 and then somebody said to me, ‘hey Betty, you got a hat trick!’ So I did! I burst out howling. I cried.”

On that same wicket, Australia had to bat again, with their precious three run advantage, but they were soon in trouble at 4/30. Enter Wilson with a counter attack. Her even 100 was a masterclass. She drove with authority. She pulled, she hooked, she cut. When no other player from either side could find the middle of the bat, Betty Wilson blasted the most amazing century yet played in Test cricket.

All eyes of the cricketing world were on Betty Wilson. She took a hat trick, took ten wickets for the match and scored a century. The first player in the history of cricket to take a hat trick and score a century in a Test. It was Wilson’s Test alright.