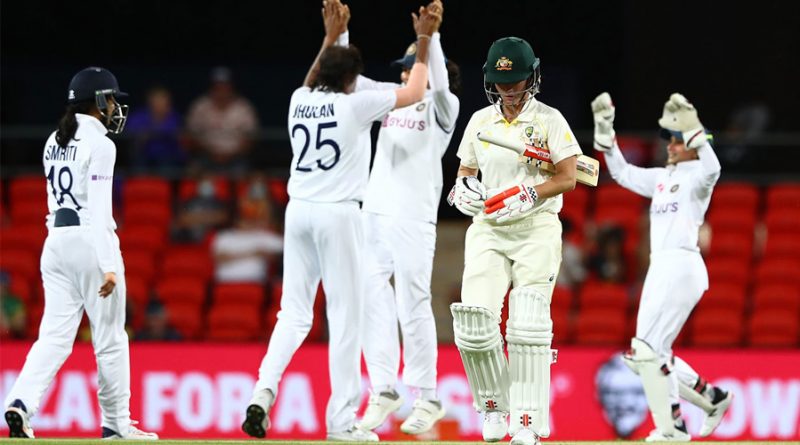 Not since Adelaide in 2005/06 had there been a Test match between Australia and India, but on this occasion the weather spoiled this historic encounter.

Battling it out back then in Karen Rolton‘s team were the Blackwell sisters, Lisa Sthalekar, Shelley Nitschke, household names in the Australian team against Mithali Raj‘s Indian team that included Jhulan Goswami. Fifteen years on and the Indian pair are still playing.

The two teams in this multi format series had completed the ODI section, with the Australians coming out in front winning 2-1. The Test match would provide an opportunity for one team to forge ahead in the subtropical setting of the Cararra Stadium on Queensland’s Gold Coast. Unfortunately with the setting comes the rain and it had an immediate impact, both real and imagined.

That scourge of cricket, rain, forecast for the first two days of the Test match surely played into the minds of the two camps as they contemplated the toss. It was Australian skipper Meg Lanning who won and sent India in to bat.

Smriti Mandhana and Shafali Verma opened the innings for India while Ellyse Perry took the new ball for Australia, along with Darcie Brown. Perry had shaken off the difficulties of the ODI series and bowled tight lines, enjoying a little movement. She did enough work to draw a mistake from Shafili but the catch was missed in the slips. At the other end Brown was short of a length and her introduction to Test cricket was a leg side boundary to Smriti Mandhana off her first ball.

Aside from Perry the bowling was simply too short from the quicks and Smriti Mandhana took full toll, bringing up her fifty at a run a ball. Her offside play, so easy on the eye was in full bloom today, threading the ball through the fielders at will. She was outscoring the more naturally attacking Shafali who eventually fell for 31 when the score was 93 caught by Tahlia McGrath from the bowling of Sophie Molineux.

Rain intervened and India finished the day with a confident 132/1 with Mandhana on 80 and Punam Raut 16. It was not the start the Australians were hoping for, having the opposition in given the overcast conditions.

In the second over, with no addition to the overnight score. Mandhana drove a full toss from Perry straight to cover where Beth Mooney took a good catch. The batter on her way for 80 but halted by the umpires. Perry had overstepped and Mandhana recalled to the crease.

The opener wasted no time in making the Aussies pay and a glorious straight drive past the boot of Perry took her into the nineties. It was the shot of the innings so far. Mandhana duly brought up her maiden Test century, the first by an Indian on Australian soil. It was a subdued celebration for still had a job to do and put her head down. At 127 the succession of cuts, cover drives and pull shots all came to an end, caught by McGrath from the bowling of Gardner. It was the seventh highest score by an Indian batter in women’s Tests.

With the opener gone with the score at 195/2 it might have given Australia some hope to go through the rest of the innings. It wasn’t to be. Runs continued to flow. Molineux got her second when she dismissed Punam Raut for 44, adjudged not out by the umpire but the batter walked. A dreadful mixup brought the downfall of Mithal Raj, runout for 30. Then it rained. Again. India finished the day 276/5.

Blue skies! Perfect cricket weather. Problem is, we are still in the first innings of the match and half the available time has been lost to rain.

Taniya Bhatia and Deepti Sharma took India past 300 before the former was the first Test wicket for Stella Campbell, caught behind by Alyssa Healy. Deepti continued on and went past fifty, eventually falling for 66, to date her highest score in Test cricket. It took until the eighth wicket for Mithali to call the declaration with India on 377.

Given the time left in the match there was only ever one team who could win this match. That thought perhaps ringing through the Australian camp as they reflected on the decision at the toss.

An absolute ripper of a delivery from Jhulan Goswami removed Mooney for just 4. At 14/1 the climb ahead was steep and didn’t get any easier when Healy (29) was dismissed and even harder when the skipper was removed for 38 when the score was 80. After McGrath (28) was gone Australia limped to stumps with 143/4, still 234 runs in arrears. The only saving grace, Ellyse Perry 27 not out.

The first task for the Australians was to avoid the follow-on. Slowly at first and then accelerating, Perry (68*) and Gardner (51) would their way through, past 200. Against the run of play Gardner fell when the score was 208 just after having brought up her maiden half century.

Upon taking the second new ball Meghna then removed Sutherland and Molineux in quick succession and at 220/7 the follow-on target of 227 all of s sudden looked much further away. It was 223/8 when Georgia Wareham edged Pooja Vastrakar behind. A Darcie Brown cover drive stopped all of that nonsense and Australia avoided the follow on.

Time running out, Lanning declared at 241/8 well behind India’s 377. It was an attempt by the Aussie skipper to conjure up some sort of result. Would India respond in kind?

Verma (52) and Mandhana (31) put on 70 and even the ever cautious Punam Raut (41*) got a hurry on. Yes indeed, India did respond and Mithali declared at 135/3 leaving Australia to chase 272 to win. Australia was 36/2 when both captains agreed to end the match with still an hour to play.

Rain was the ultimate victor here spoiling the contest from its appearance on day one and lurking around again on day two. Personal milestones were gained such as Player of the Match Mandhana’s century, the debut of six new Test players and a new Test cricket venue. A result was needed though, for there are still detractors of Test cricket and a tame draw is not going to win them over.

In this multi-format series, both teams pick up two points each for the Test leaving the tally at Australia 6, India 4 with the three T20 Internationals to decide the series.

Player of the Match:  Smriti Mandhana 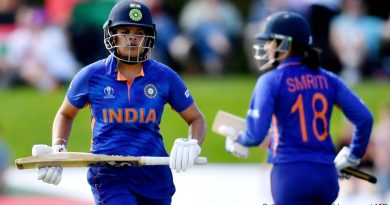 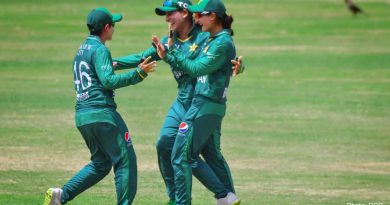 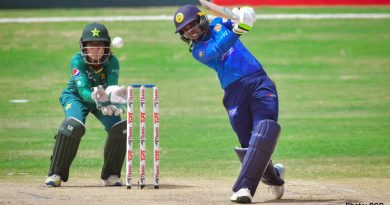