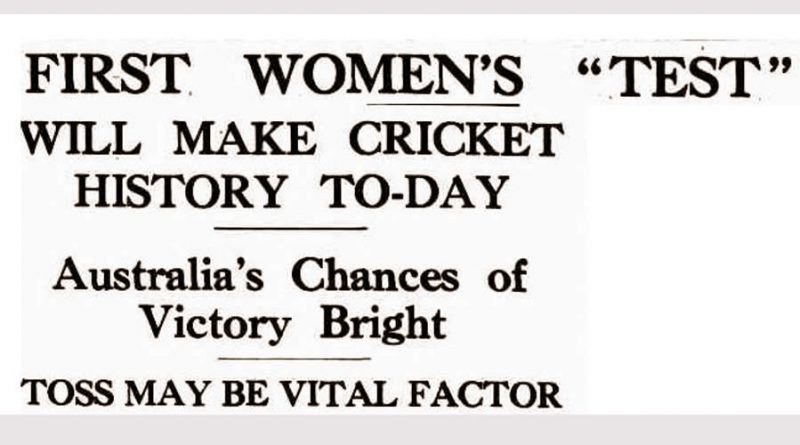 It was on the 28th December 1934, eighty seven years ago today, that the very first Test match commenced when Australia took on England at the Exhibition Ground in Brisbane.

Rain was lurking around, not uncommon in Brisbane in late December and with it an increase in humidity. The local newspapers favoured an Australian victory which is parochialism at is best because Betty Archdale’s England team had not come even close to defeat on the tour so far.

Archdale did privately wonder how they would dismiss the dashing NSW batter Hazel Pritchard, and how they would deal with the spin bowling of Victoria’s Peggy Antonio and Anne Palmer, but the team would have been bristling with confidence.

Australia’s skipper Margaret Peden walked to the centre wicket with Betty Archdale for the historic coin toss: the first in women’s Test cricket and witnessed by 3000 spectators. It was an immediate success for the locals with Peden winning the toss and electing to bat.

Nerves attacked both teams. Twenty two debutants from two teams. The pressure to perform must have been enormous. There were rash strokes and dropped catches.

Archdale opened the bowling with the off spin of Myrtle Maclagan and the pace of Mary Taylor. Hazel Pritchard faced the very first ball in Test cricket. With her at the other end was Ruby Monaghan, both players from NSW. The first dismissal in Test cricket was… hit wicket. Hazel Pritchard disturbed the stumps from the bowling of Maclagan and the batting gun was out for only 4 runs. Archdale needn’t have worried how to get Hazel out – she did it herself.

The next “first” in women’s Test cricket was the first duck. Maclagan struck again taking out Nell McLarty, caught and bowled. And then another. Maclagan caught Monaghan from her own bowling and then Essie Shevill for another duck. Myrtle Maclagan, England’s opening batter, had taken 4 wickets for 5 runs opening the bowling.

Australia were already 4/10 runs when disaster struck. Wicket keeper Hilda Hills took a blow to her nose and retired hurt, taking no further part in the match. That was the end of her Test career.

Vice-captain Kath Smith was holding on grimly at one end before the next wicket fell. A body blow, it was the captain, Peden, clean bowled by Taylor. The Aussies were on the ropes and they never recovered. Smith top scored with 25 from a total score of 47. Next best was Lorna Kettels with 9.

Myrtle Maclagan took the incredible figures of 7-10 in a masterful performance from 14 overs. In her wildest dreams Betty Archdale could not have wished for a better performance. But for the dropped catches, it would have been even worse for Australia.

Australia struggled to break through until spin was introduced, in the form of Peggy Antonio who removed Betty Snowball for 15, but by then the England score was 48. Had Peden erred in starting with a three pronged pace attack, given the success of Maclagan for England?

Maclagan was having more success, this time with the bat. Not only had she taken the first five wicket haul in Test cricket (7-10) but she also scored the first half century, finally out for 72 in a dominant performance by the allrounder on this historic day.

England went to stumps 5/116 with captain Archdale at the crease 12 not out, well in control of the Test. This was how it unfolded, the beginning of women’s international cricket, on this day, eighty seven years ago.

How did the Test end up? Click here for the full summary of the first Test match. 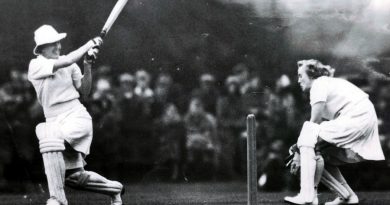 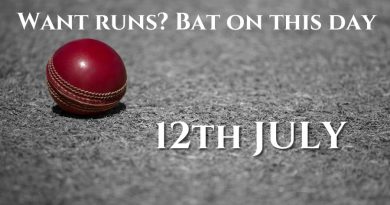 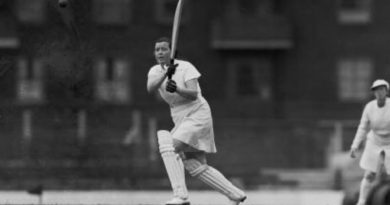