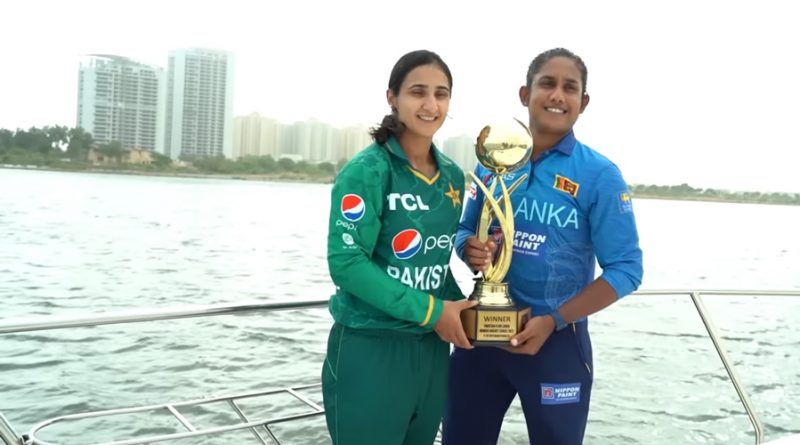 It’s been sixteen years since Sri Lanka has visited Pakistan, and in very hot conditions we have a six match series comprised of three T20Is and three ODIs. All matches will be played at the Southend Club Cricket Stadium in Karachi.

The weather is expected to be hot and humid, but the close proximity to Karachi’s Sea View Beach should offer a little relief. The T20’s will start at 2:00PM local time, the hottest part of the day, but it can only get better, right? The ODIs are all day/night fixtures, also starting at 2:00PM.

Pakistan are ranked 8th and 7th in ODIs and T20Is respectively, while Sri Lanka are 10th and 8th. While the rankings are close, head to head between the two teams tells a different story, certainly for ODIs. The teams a re six apiece in T20 Internationals but Sri Lanka lead a whopping 21-9 in ODIs.

Recent form will have a big impact here. Pakistan played in the recent ODI World Cup and while they would have been disappointed in their results, they were mixing it with the best teams in the world. They were there, Sri Lanka were not, missing out due to the cancellation of the Qualifiers in Nov/Dec of 2021. Whether they would have made it through is another question. The only team they played in the tournament was the Netherlands who they beat handsomely. With that in mind it does seem that Pakistan hold an advantage in this format for this series.

With the T20 Internationals, one could not confidently predict an outcome. Evenly matched and both teams possessing match winners.

The home team will commence the T20 part of the series with Muneeba Ali as wicket keeper in place of Sidra Nawaz who will return for the ODIs. Muneeba, a left-hander, is likely to open the batting with the exciting youngster, Ayesha Naseem who boasts a strike rate of 130.00. It’s a good opening pair for Pakistan.

There are plenty of options in the middle order to build around captain Bismah Maroof, another left hander. Aliya Riaz was used as a finisher in the World Cup but would better utilised further up the order. Nida Dar and Omaima Sohail are also ones to watch.

With the ball, Diana Baig and Fatima Sana will carry the pace attack, both having picked up some good experience in the recent FairBreak tournament. Watch for left-arm slow bowler Anam Amin to open the bowling, a T20 specialist in this regard.

When the game turns to the ODI format, expect World Cup hero Sidra Ameen back at the top of the order and wicket keeping duties returning to the very accomplished Sidra Nawaz.

We are looking forward to an exciting series with Sri Lanka. After the World Cup we will start afresh with an aim of winning both T20I and ODI series. We have a packed schedule this year and this series will help us prepare for the challenges ahead especially the Commonwealth Games. – Bismah Maroof

This is an excellent opportunity for Chamari Athapaththu and her team to get a good gauge as to where they sit in world cricket for they have not seen much action in the last two years. Moreover, this series will set them up nicely for a home series against India later in June.

For the T20 leg here all eyes will be on Chamari. She could single-handedly win this with her own bat, being one of the most dangerous batters in world cricket. A mix of classic shots peppered with great innovation and a keen eye means that the home team will not want to let her get away. If she is there for any length of time, shut the gate.

That’s the good news with the batting for only one other player for Sri Lanka has passed 1000 T20I runs, Shashikala Siriwardene, and she has retired. There is a need for others to step up here. Harshitha Samarawickrama showed talent in the Commonwealth Games Qualifiers in Kuala Lumpur earlier this year. Also in domestic cricket Nilakshi de Silva, Imesha Dulani and Hasini Perera have shown good form.

The bowling is a bit of a concern and again the captain will need to lead the way, contributing in both formats. Udeshika Prabodhani is also key, as will be Inoka Ranaweera. It is an aging attack so it is hoped that a couple of the youngsters in the squad will look to make a name for themselves.

We are excited to play a strong Pakistan team in its backyard. Pakistan and Sri Lanka have always enjoyed friendly relations and I am confident the series will be played in good spirit. The weather is hot and humid and it will test us but at the same time it will provide us an opportunity of testing our skills in challenging conditions. – Chamari Athapaththu 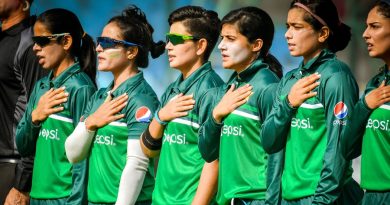 They Just Have to Believe 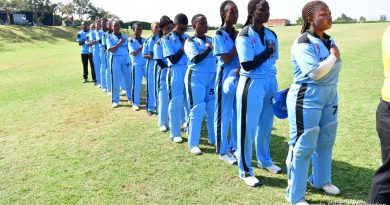