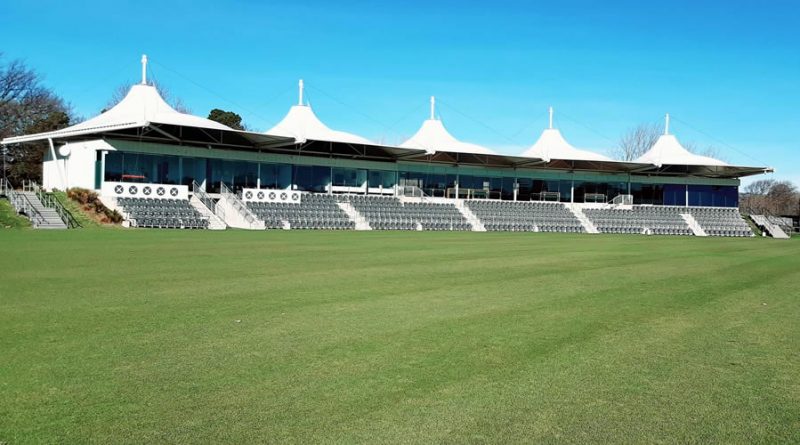 One of the first things the settlers of Christchurch, Canterbury produced was a cricket oval as part of Founders’ Day celebrations on 16 December 1851. That oval, the spiritual home of cricket in Canterbury, is the picturesque Hagley Oval.

The first women’s match surely occurred before the Mary Machin Shield game between Canterbury and Otago in April 1933, but no reliable scores exist prior to that. Captain of the Canterbury team in 1933 was Ruth Symons who would later become New Zealand’s first Test captain. The Mary Machin Shield was a competition among South Island women’s teams.

There have been three Test matches at Hagley Oval. The first of these was the second Test between Trish McKelvey’s home team against Rachael Heyhoe’s England in 1968/9. The match was a victory for England.

Of local significance, the first century at the ground was scored by Judi Doull (103). Doull was also in the first century partnership (128) with Janice Stead (62). The first wicket taken by a New Zealand player was Jill Saulbrey.

The second Test at the ground was 21 years later in 1989/90 between Lesley Murdoch’s team and the visiting Australians, skippered by Lyn Larsen. It was Murdoch’s final Test and the result was not a fitting end to her career, Australia winning by eight wickets.

Five years later in 1994/5, Sarah Illingworth’s team took on Belinda Clark’s Australians in a one off Test. Emily Drumm was on a roll for the locals 161* in the first innings, 62* in the second. Happily for New Zealand the match was drawn and thus ending the losing streak at the venue.

The first ODI was in 1992 and resulted in victory for Karen Plummer’s team against Larsen’s Australians by three wickets. The most recent was a mauling of the West Indies in 2018 by Suzie Bates‘ team by 205 runs.

The only T20 International at the ground was in 2015/6. New Zealand again led by Bates and another drubbing, beating Sri Lanka by 102 runs. 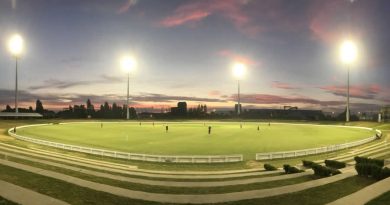